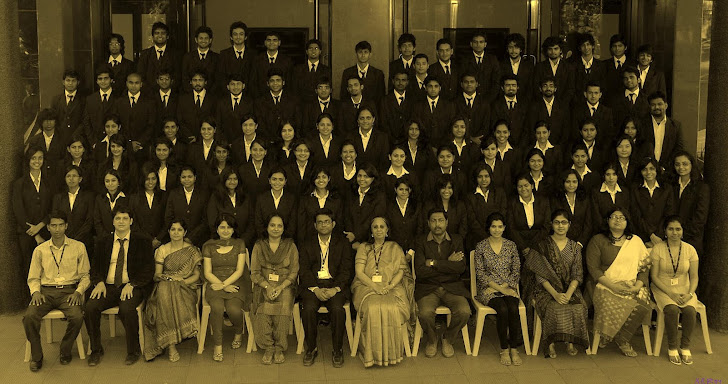 Greetings from Symbiosis School of Economics!

Symbiosis has always been the pioneer in launching innovative programmes that address the changing needs of the economy. The need of the hour is to focus towards intensive study of social and behavioral sciences in general and economics in particular. The primary objective being to create a centre that would nurture quality teaching and research programs in economics.

The Symbiosis School of Economics provides a strong foundation in Economic theory and practice with an interdisciplinary flavor that will prepare students for careers in industry, financial institutions, government or academia.

The Master’s degree offer two specializations: International Trade and Development Studies. The programme provides a strong background in Economic Theory, Mathematics, Statistics and Econometrics which becomes the basis for acquiring special focus within the related fields and subfields of Economics.

The programme provides an all-inclusive path to meticulously understand and apply Economic Theories and their application to Economic Modeling and Forecasting in the real world.

There are two ways to apply to MSc (Economics):
1.     If you have applied to SNAP, you can register using your SNAP Id and a payment of Rs. 1000 using Demand Draft.
http://oamssnap.blueshiftindia.com/sse/website/

2.     You can directly register to SSE using the link:
http://oamslive.blueshiftindia.com/ssepg/website/
and then make a payment of Rs 1000 using Demand Draft.

Demand Draft should be in the name of “Symbiosis School of Economics”, payable at Pune.

Thanking You,
Symbiosis School of Economics
Posted by SSE at 10:46 PM 2 comments:


Padma Shri, Dr. Sukhdeo Thorat is an economist and was Chairman of the University Grants Commission (UGC) and is presently the Chairman, ICSSR.

At the inaugural function of the Research Cluster for Humanities and Social Sciences, Dr. Thorat gave a talk on “Inclusive Growth”. The session was attended by students and faculty from the various SIU institutions, as well as other prominent economists and faculties from various Economics Departments across the city.
Posted by SSE at 3:42 PM No comments:

About the resource person - Dr S.Sriraman - Dr.Sriraman is presently Walchand Hirachand professor of Transport Economics, at the department of Economics University of Mumbai, and has been actively involved in teaching transportation economics, microeconomics, industrial economics, quantitative economics to post graduate students. Besides teaching, he has a number of research projects to his credit in the field of transportation for central and state governments. He did his Bachelors of Arts in Economics from Loyola College, Madras University, Masters of Arts in Economics from Delhi School of Economics and completed his in Transport Systems from Indian Institute of Technology, Kanpur. He has published nearly fifty papers professional journals and numerous articles for business weeklies and dailies. He visited the Pennsylvania Transportation Institute, USA as a Ford foundation fellow in 1990-91, the University of Ulster, Jordanstown as a British Council fellow in 1997 and is currently visiting professor at TERI University.

About the talk – The talk on “Restructuring Urban Transportation in India” by Dr. Sriraman was quite informative and interesting. He discussed at length the various challenges and opportunities that Indian cities face today in terms of transport. The public transport system is weak and ineffective, it lacks indigenous research and innovation. We still emulate the age old and obsolete technologies which were being used by other nations decades ago, for example – the Sweden model of multi axle buses which were introduced in 1970s there, are now getting imported to India. The quantity and quality of urban transport system are both inefficient and unsustainable. The only option left with general public is to have private vehicles, leading to more traffic congestion, pollution, poor traffic speed and loss of time and resources. The government policy towards urban planning and management is poor and shortsighted and lacks long term endeavor. The capacity building usually follows the demand and does not precede it, leaving a demand-supply lag every time. In the given scenario of rapid urbanization, Government should work with Private sector, NGOs and civil society to monitor and tackle the current problems and to build capacity for future.
The talk was followed by a question and answer round, where students put forward their queries and concerns regarding the urban transport system in India. The common consent was on the existence of huge scope of improvement in the urban transport system. Many students also made up their minds to conduct research on the topic to find constructive solutions.
Posted by SSE at 3:35 PM No comments: 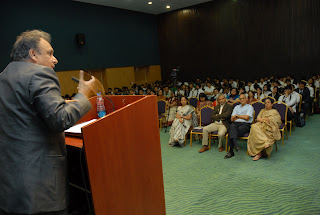 1) It's interesting and relevant

Economics is often viewed as a dry discipline which has little to say about the real world, however nothing could be further from the truth. A good understanding of economics will allow you an insight into a wide range of social issues and problems, ranging from the most important and pressing facing the planet today, to every-day phenomena, central to the way society is organised, but that most people take for granted.

For example, have you ever thought about any of the following questions:

· Is an influx of migrant workers good for society?

· What exactly are 'market forces'? and why do most governments allow them to determine the allocation of resources in society?

· Why are some goods very expensive (e.g. caviar) and others so cheap (e.g. baked beans)?

· What factors determine the prices of shares? Why do share prices on the world stock markets sometimes appear to fall uncontrollably?

· What role do financial markets play in an economy?

· Does international trade help the development of poorer countries?

· Why (usually) do governments (rather than 'market forces') provide certain goods and services such as street-lighting, armed forces, law enforcement, education, health services and roads?

· Does the government tax us too much or too little? What are the most appropriate ways for governments to raise revenue?

· Why are some countries (e.g. China, India) growing very quickly, while others are growing more slowly?

· Why is it that some regions within a country tend to be wealthy (e.g. the South of England) while other regions may be much less wealthy?

· Why are most goods produced by firms, often employing large numbers of people, rather than by self-employed individuals?

· Why are some industries dominated by one large firm (e.g. Microsoft Windows, computer operating system), whereas in other industries, many firms compete for business (e.g. car insurance)?

If you have, you will find the study of economics very interesting.

Economists answer the questions above by developing and applying theoretical economic principles to these issues in a rigorous and impartial manner. As a student of economics you will learn to develop theoretical models and apply them, in order to gain an understanding of the issues mentioned above as well as most other real world social phenomena.

· reduce complicated problems to their important components, and formulate solutions to these problems,

· apply up-to-date theoretical ideas as a framework for understanding the world around you,

· communicate effectively, both verbally (presentational skills) and in writing.

Why Study Economics at SSE?

· The parents have access to the progress reports of their wards through a ‘student outreach central’ portal provided on the college website.

· In House Publication : The college editorial board which is an active body aims at publishing its first in-house magazine by 2011. All the faculty members & students have thought it to be imperative to come together to take this initiative.

The Symbiosis School of Economics has joined several other Pune colleges in participating in the Wikipedia India Education Program, a pilot initiative launched by the Wikimedia Foundation this year. The Wikipedia India Education Program is designed to encourage professors and teachers in Pune to join a growing global community of educators who use Wikipedia as a teaching and learning tool in their classrooms. Universities and colleges chosen for the pilot will have the opportunity to participate in the early stages of an innovative educational model that enables students to contribute to the world's largest online encyclopedia while increasing the breadth and quality of information found in this important global public resource.
Posted by SSE at 11:00 AM 1 comment: